Flying Through the Storm:
An Interview with Peter Carter, CLO of Delta Air Lines

Flying Through the Storm 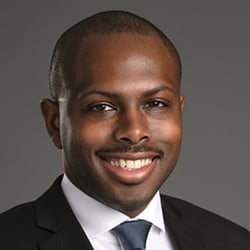 While I’ve been recognized as a rising star, I don’t put too much weight on accolades, because a lot of people receive them. At the end of the day, there are certain milestones in my career that have been more meaningful than an award.

For me so far, the key to success has been doing what I enjoy. I know it sounds cliché, but the reality is you will be successful when you are doing things that you like to do. Transactional lawyers are exposed to areas outside of their primary concentration. One day I might be focused on a technology deal and the next day I’m working on an innovative healthcare transaction. I get to learn the nuances of different industries, people and roles. That intrigued me from the start, because I have been exposed to things that I might not have otherwise experienced, just from the diversity of the work. Yes, there are always going to be times when you don’t enjoy every moment, but you generally want to be in a situation in which most of the time you do, and it’s something you can envision yourself expanding upon.

Another key for me is always keeping the big picture in mind. It’s really easy to get consumed in the “day to day” and the monotony of any job. But beyond helping clients, my big picture is being a successful lawyer in my realm of practice. Often, that’s what gives me the motivation to reread that page or stay up late to get the job done. Seeing the end goal keeps me going. 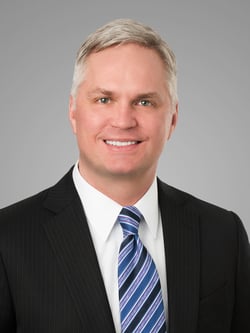 Having worked both in law firms and in-house, I can safely say that both are challenging. They each require tremendous commitment, creativity and resiliency, which isn’t a bad thing. To me, solving problems in creative ways is incredibly interesting and engaging. To do that well and consistently, having a high-functioning team is critically important; you can’t do the complex, multidimensional work that is required of lawyers today without a great team to allocate the work up and, more importantly, to pressure test potential solutions, inspire creativity and ultimately solve the problems.

The one lesson that is consistent between roles—and one that I learned the hard way very early on—is that I can only be as good as—as effective as—the weakest member of the team. In other words, the team can only be as effective as the least helpful, responsive or creative person on the team. That was true in private practice and it is even more so in-house. So the ultimate lesson here is that senior or more experienced members of the team must coach, mentor and develop those with less experience or seniority. This may be the most serious and important obligation that I have as a general counsel.

At the same time, the most fun that I have as a lawyer is working on a team. I think team projects are the most interesting and challenging and, as a result, they are the most rewarding to me. I quickly learned that to have fun practicing law, I had to really be committed to strengthening and developing the team. So, I think we all have an obligation to ask what we can do to make sure that everybody is coming along, that everybody is interested, that everybody feels like they have a voice and they’re contributing. At the same time, great judgment and a strong work ethic are incredibly important to success—especially for lawyers. These are things that can be modeled but I am not sure they can be effectively taught. As a result, I believe that less-experienced team members are well served by being involved and watching how more experienced lawyers weigh risks and benefits and ultimately make decisions.

So, in my mind, the thing that’s central for being successful in law firms and businesses is making sure you have the right people around you and that you’re paying close attention to building out the team, to building the capabilities and to making sure everybody’s on board. 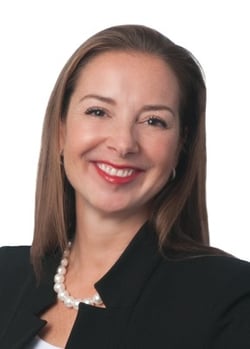 I’m both an intuiter and an analytic individual with a creative streak, which is how I ended up as a biology/premed major as an undergrad. I enjoyed the analytical and predictable aspects of chemistry and physics, but then loved the complexity and psychology of my favorite animals to observe and study: humans. I also discovered when I was premed that the sight of blood made me faint (still does), so that was not going to be a good career choice for me. I still wanted to work in a very “human,” interactive and impactful environment, so I thought combining business and biology was a good idea. I pursued my MBA and subsequently went into professional services—at that time, strategy consulting.

I was recruited by Deloitte Consulting, where I worked with some of the largest financial services companies in the U.S. and Europe. I spent my time working on complex mergers, acquisitions and start-ups—which is to say that I focused on what “New Co.” could and should look like both strategically and operationally, and then worked to make that vision a reality. Helping companies envision the future, grow and scale fulfilled my need to work in both a creative and an analytical capacity. It is a blend of both art and science as well as being highly relationship driven, so it ticked all the boxes for me.

After over a decade in mergers and acquisitions, I was incredibly privileged to be considered for a senior management role in inclusion, where I got to work with multiple senior partners and three CEOs of Deloitte Consulting. Our focus was on talent strategy and looking at the optimal ways to improve things internally, while at the same time to further differentiate ourselves in the talent marketplace. I learned volumes, and it was a pivotal time in my career.

I was then recruited to be the first chief operating officer in Alvarez & Marsal’s business consulting and transformation practice. There, I integrated several practices into the larger whole and delivered multiple strategic, operational and financial improvements, while helping grow and scale the practice. I also helped establish and stand up their first corporate diversity and inclusion initiative.

Having worked in various international and multinational professional services firms in senior strategic and operational roles, I started to get calls from firms in the legal industry. Multiple firms have moved to professionalize their management, and I’m happy to say that HMB was doing more than paying lip service to the concept. They are unique in the sense that they have for some time focused on the practice of law as a business as opposed to a parochial partnership. Similarly, up and down the culture of HMB, they value both the analytical and the creative. They are innovative, and are not content to follow or to take a wait-and-see approach; they are not daunted by doing things differently where there is a clear business case to do so. The leadership who brought me in concluded that hiring a CEO whose full energy would be dedicated to implementing strategy and running the firm would enable our attorneys to focus on what they do best: providing value through outstanding legal services. And the recipe is working, both in terms of financial success and success for our clients. I’m delighted and am looking forward to 2022 with anticipation. 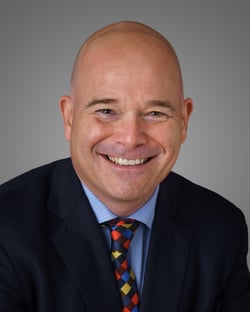 While in college, my initial interest was to work in both public and private international law. Upon graduation, I accepted a job overseas in Florence and decided to set up an ad hoc joint degree program between the Fletcher School of Law and Diplomacy, which has a graduate program at Tufts University, and Georgetown University Law School.

My original plan was to straddle international affairs and law on the public side, but I also wanted to try the law firm route. I thought I would work for a law firm for a year or two and then go into government. I began my career at Milbank in New York, where I started in international project finance simply because it contained the word “international.” I worked on wonderful projects all over the world for my clients, but because we were primarily representing lenders, my travel was limited from downtown (New York City) to Midtown once a month, so I never left New York. In my third year, I landed an opportunity—not long after my wife and I married—to join a group that was based in London and that would eventually move to Latham & Watkins. My wife was in the foreign service, so when we were in New York she worked at the United Nations. From there we went to London and then to Warsaw. After a few years, I was asked to open Latham’s Milan office as a senior associate. After coming back to the United States, my wife and I moved to Europe once again for three years, where I opened the Brussels office for Sheppard Mullin.

Law always gave me opportunities to do something new. My initial interest in international law turned into an incredible career and journey with my wife to all sorts of wonderful places that I never could have imagined. I was always a transactional “deal” lawyer, which opened many doors for me. I could be very flexible where I worked because I focused on cross-border deals. I turned that into a practice that spanned both private equity and cross-border deals, which in turn led me to Sheppard Mullin and the opportunity to help build the firm’s East Coast corporate practice.

Over the past 15 years at Sheppard Mullin, I have enjoyed incredible leadership opportunities that led to my role as chair, including leading the firm’s Aerospace and Defense and Private Equity teams and serving as co-managing partner of the Washington, D.C., office and a member of the Executive Committee for the past five years. And now I am privileged with a once-in-a-lifetime honor to serve as the firm’s chair and to continue the firm’s trajectory of collegiality, entrepreneurialism, growth and preeminence as a destination firm with international reach for our global clients. Looking back to my time as a law student, I never imagined that I would end up having the pleasure of supporting and guiding such a successful, principled global law firm.